During my day at the Insights Association South East Chapter’s 2019 Spring Event, I was fortunate enough to sit on a panel with Kristi Zuhlke of KnowledgeHound and Courtney Williams of Lucid to discuss the topic of teamwork, connectivity and culture in an insights business. Hosted by Patricia Houston of MMR Live, the panel was a frank and candid discussion about what it takes to build a positive company culture, which focussed on how we maintain a sense of teamwork as teams themselves become more spread out.

Teamwork is such an important topic, especially with research departments and agencies everywhere growing at such a fast rate. So here are some of the key takeaways from that panel, and learnings that can be applied across the insights industry as agencies, technology providers and other firms scale.

You can check out my other two summaries of the Spring Event using the following links: my presentation on Using Journalistic Principles to Drive Informed Decisions & the entire event’s themes of technology, trends and storytelling.

Theme #1: Technology as an enabler

During introductions, it quickly became clear that although each of us had different team structures, every one of our teams was comprised of office-based and remote employees – as is common with many businesses in the modern marketplace. One of the first main points that was raised was the role of technology in keeping these teams connected and working efficiently. In particular, the panel highlighted the benefits of:

However, it was also widely accepted that these tools are not what makes remote or geographically diverse teams successful – but rather, the processes and culture that they enable. The panel offered some practical advice too on what actions help manage remote teams. The importance of regular (daily or weekly) stand-up meetings was mentioned, which are inherently useful for consistently touching base, reviewing and planning activity, as well as face-to-face interaction which has a huge influence on motivation and performance.

Much of the most interesting panel discussion dissected the concept of culture and what it really meant. Borrowing a definition from Jon Gordon’s Power of Positive Teams, it was broadly agreed “Culture is the sum of many parts, as it includes both the written and unwritten rules that dictate how a team works, communicates and acts. Therefore, you can think of culture as a team’s beating heart – the force behind everything your team stands for and does.”

Kristi shared a interesting example of an exercise she went through with the Knowledgehound team, which entailed consulting with team members about what they wanted their values to be, and then in turn, what real actions and decisions that translates to so that the company lives and breathes values.

Similarly, I shared a story of how FlexMR has produced vision documents that detail what we aim for the company to be, including values, and how producing multiple versions of this document in two year increments provides us a path along which to evolve our culture, values and practices as we scale.

Another key point that was raised is that as a company scales, a change in culture is inevitable. A company with 200 staff cannot have the same culture as when it had just 5 or 10. Having been through these large growth phases, both Kristi and Courtney impressed upon us the importance of embracing evolution in workplace culture and the dangers of rejecting change.

One of the biggest influences on team culture are the members who make up a team. A fair amount of discussion was dedicated to how, exactly, we find team members who will be the right cultural fit and how we manage and help those that are not.

A lot of helpful strategies for managing non-culture fitting team members were mentioned, which can be summarised by treating people compassionately and with humanity. From trying to find other teams within the company that they might fit better with, to coaching and even just providing a space for them to explain why they don’t feel as though they fit – we talked about a good number of helpful, positive strategies.

We also discussed just how important the culture fit aspect of the interview and hiring process was and how we all had experiences of passing up fantastically skilled team members on this basis, but how we had each learned from personal experience that not placing a great emphasis on cultural fit can be much more damaging than doing so (especially in smaller teams).

Another idea that was discussed, was how companies are, at their heart, a collection of individuals working towards the same goal. We talked about how culture is a two-way street and it’s important not just for us as leaders to set the culture (as is common in the technology sector) but to listen to our staff, find out what they want out of the company culture and try to reflect that in our companies.

The final point the panel briefly touched on was whether or not companies should implement a rule where individuals cannot complain without offering a solution. This topic was a tough one, and there were multiple opinions. But I think overall, the panel agreed that it’s not always possible for someone who is affected by an issue to be the best placed person to find a solution.

Instead, we took a more nuanced approach and considered strategies for how negative feedback can be presented, what channels it can be communicated through and instilling a sense of togetherness so issues are not a single person’s challenge, but something that is worked through by the team as a whole.

Personally, I found taking part in this panel a hugely insightful experience. I think it reinforced that many leaders and founders in the research and insights industry agonise over the same difficult decisions, and that the decisions around how to make a successful team and scale that team are some of the toughest.

Ultimately, I think the main takeaway from the panel is that the most important way we can influence culture and build exceptional teams, is just to care about what we are doing. Whether you’re taking on your first team members, or working within a massive corporation, if we can really understand and care about cultivating a positive culture, that is what will make it a reality. 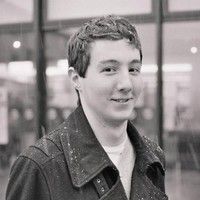