In our 2019 report, Tribes: An Exploration of Political, Social and Brand Loyalties, we identified a number of surprising trends that underpin the similarities in consumer loyalty across different facets of their lives. Perhaps one of the most surprising findings was the disconnect between the consumer view of individual identity and agency in decision making compared to the reality, which appears to be much more heavily influenced by the tribes and groups we surround ourselves with than we care to admit.

The report also made some significant conclusions about the role that identity has to play in our decision making, and how certain traits make consumers more likely to be loyal - almost as if it is pre-determined trait, rather than an active choice that is influenced by outside influence.

But these themes are complex, abstract and difficult to understand in a holistic context. So, we've taken the most relevant themes from the report and distiled them down into a two minute animated summary that provides a high level overview of everything we learnt about loyalty, and what it means for brands.

Below is a full transcript of the two minute animated video, so you can dig more into the statistics, research and opinion at your own pace and explore how you believe customer loyalty is reflected across the diverse political, social and commercial spheres.

Brands are obsessed with customer loyalty. But what does it mean to be loyal? And can it even be measured? We researched political, social and brand-based loyalties to find out. Specifically, we looked at modern tribes; groups of individuals that form shared belief systems, such as families, friends, political supporters and brand communities.

Family appeared to be the most influential tribe. Only eight percent of participants did not agree that family was a factor in their decisions. In particular, family contributes significantly to the formation of political views. Four out of five people said that everyone in their household voted the same way during the 2016 Brexit Referendum.

Taking Brexit as a backdrop, we analysed the loyalty of Leave and Remain voters. Of those who voted Remain, nine point five percent would now switch sides or abstain from voting. Leave voters are thirty three percent more likely to consider switching, and seventy eight percent more likely to have voted for more than one political party in their lifetime.

If the political labels are removed, we can find two distinct groups with differing behavioural patterns: the Loyal and the Disconnected. When making purchase decisions, the Disconnected are more likely to have switched brands or suppliers across all categories, and plan to again in the near future. The Loyal segment, however, are eight percent more likely to try anew challenger brand.

Because of this, the Loyal segment are over seventy percent more likely to prefer brands that take a political stance, and over sixty percent more likely to prefer brands that agree with their point of view. There are similarities across both groups too. More than half of respondents across both groups stated that price was most important to their purchase decisions, followed by the product itself.

Ultimately, our research shows that retention is not an indication of loyalty. Out of a pool of fifty customers, a brand will lose sixteen per year, but the remaining thirty four may not be loyal either. Loyalty is both an innate trait, and heavily influenced by modern tribes. To win the customer revolution, brands must understand loyalty in this nuanced context – not just as a measure of repeat purchase.

Ultimately, it is this final point that is the most vital. Based on this project, we strongly believe that researchers need to reframe loyalty and move away from discussing it as a simple measure of repeat purchase. Instead, we should be seeking to understand it in a more nuanced context. While that may not be easy, we can certainly take some steps towards it.

Perhaps the most obvious, and important, step is putting the voice of the customer at the heart of every decision. We should be asking ourselves whether the decisions that brands make are ones that inspire loyalty or push customers away? Similarly, we should look to better engage customers in online communities that provide them with a voice to express what they want out of a brand and what (if anything) is important to retaining their loyalty? 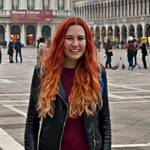 Experienced and passionate about illustration and graphic design, Sophie strives to bring life to the FlexMR brand through creative, impactful and inspiring visual communication. Sophie’s unique vision and adventurous background inspires a myriad of dynamic and entertaining visual content. You can follow her on Twitter and connect with her on LinkedIn.